Members of the Floresville High School Cadet Chorale and Service Flags Team joined forces with the Pearsall High School AFJROTC Color Guard and the Stinson Flight Daedalians to celebrate 114 years of flying since the date of Orville Wright's first flight, December 17th, 1903.  The event was hosted at the Stinson Airport where a Daedalian memorial was first dedicated in 1964.  Each year, this important date in aviation history is celebrated at the airport.  After the event, the cadets were treated to BigBibBBQ and visits to the Stinson Tower and Skysafety maintenance hangar for pictures with various aircraft.  Mission of the National Daedalian group is to "advocate for air and space power and honor those who flew and fly in the defense of our nation."​

Photo #2:  FHS and Pearsall Cadets join the Stinson Flight Daedalians for a picture before beginning the program.

Photo #5:  Cadets Kylee Copeland (left) and Mary Garza (right) pose along side a Cessna Symphony aircraft during the Skysafety tour. 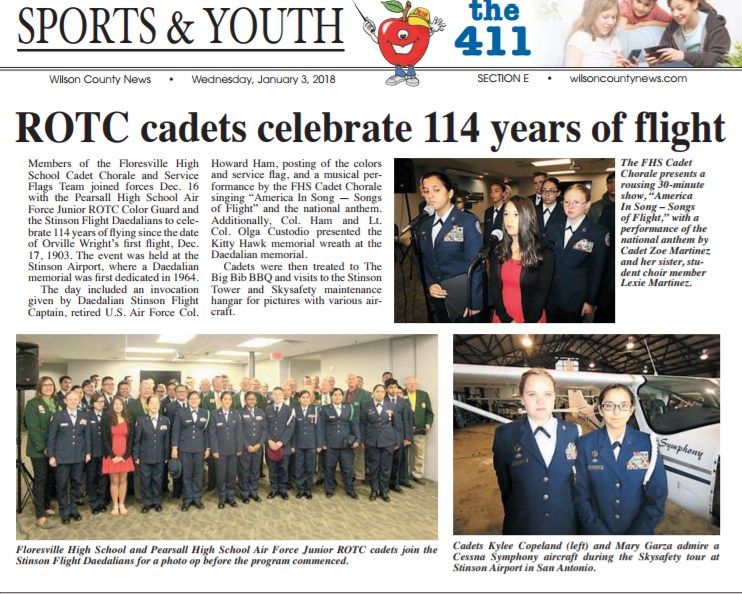